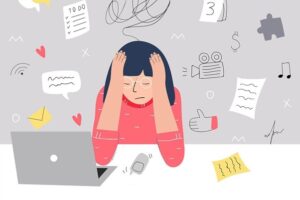 Attention deficit hyperactivity disorder (ADHD) is a neuropsychological condition that affects your ability to pay attention, sit still, and control your behaviors. Symptoms start in childhood and adolescence and are likely to continue to adulthood. In youngsters, ADHD is the most commonly diagnosed mental health condition. It’s most often identified in a child’s early school years when he or she has trouble paying attention.

ADHD is not curable or preventable. However, early detection of ADHD, as well as a good treatment and education plan, can help kids or adults with ADHD manage their symptoms. Attention deficit disorder (ADD) is a type of ADHD disorder in which a child or adult may experience a lack of focus and attention, without experiencing hyperactivity.  Both acronyms are being used interchangeably, despite the minimal difference between them.

What are ADHD/ADD symptoms?

At some point in their lives, most youngsters will have difficulties focusing and behaving. Children with ADHD, on the other hand, do not simply grow out of their behaviors. The symptoms might last for weeks or months, causing difficulty at school, at home, or with friends.

What are ADHD symptoms in children?

As the person gets older, their ADHD symptoms may change. Hyperactivity & impulsivity are the most common signs of ADHD in children under the age of ten. As a kid progresses through primary school, the symptom of inattention may become more noticeable, causing scholastic difficulties. Hyperactivity appears to decrease in adolescence, with symptoms such as restlessness or fidgeting becoming more common, but inattention and impulsivity might still be present. Relationships and antisocial behaviors are common problems for adolescents with ADHD. Adult inattention, restlessness, and impulsivity are common.

There are three forms of ADHD depending on which symptoms are the most prominent in a given person:

ADHD is not caused by eating too much sugar, watching too much television, parenting, or societal and environmental issues such as poverty or family dysfunction, according to research. Of course, many factors, including these, might aggravate symptoms, especially in certain people. However, there isn’t enough data to conclude that they’re the main causes of ADHD.

A combination of behavioral therapy and medication is usually the most effective treatment for ADHD. For preschool-aged children (ages 4-5) with ADHD, behavioral therapy, particularly parent training, is recommended as the first line of treatment before medication is considered. What works best for the child and the family may vary. Close monitoring, follow-up, and making changes as needed are all parts of good treatment regimens.

Stimulants are the most often used medications for treating ADHD. Despite concerns about possible overuse, abuse, or addiction, research studies showed that untreated ADHD/ADD may increase the risk for illicit drug use. Medications can help with impulsive and hyperactive behaviors as well as attention span improvement. There are non-stimulant medications that could be used to treat ADHD/ADD. You will need to discuss the treatment options with your psychiatrist.

Can I manage my child’s ADHD without medications?

Healthy habits are crucial for all children, but they are particularly important for children with ADHD. A healthy lifestyle, in addition to behavioral therapy and medications, can help your child cope with the symptoms of ADHD. The following are some of the recommended healthy habits:

ADHD is a chronic illness that can last until adulthood. Adults who have never been diagnosed with ADHD may be unaware of their condition. Workplace, home, and interpersonal issues may arise as a result of the indications and symptoms. Symptoms may manifest differently in older age; for example, hyperactivity may manifest as excessive restlessness. As the demands of adulthood increase, symptoms can become more acute. If not treated, ADHD can make it difficult to deal with the problems of ordinary life. Learning and social-skill development may be difficult for children. Adults may struggle with addiction and relationship issues. Mood swings, sadness, low self-esteem, eating disorders, risk-taking, and disputes with others could all be symptoms of the illness. On the other hand, many people with ADHD have happy and full lives. Treatment is beneficial.

Keep track of your symptoms and schedule an appointment with a mental health professional to manage your or your child’s ADHD/ADD symptoms.

At Children Psych, we provide an FDA Cleared computerized test for ADHD; the Test of Variable Attention (TOVA).